It's been a wonderful weekend here in North Plains, OR at the Hornings String Cheese Incident. Cheese Kicked off the 1st set with bluegrass and was joined on stage with members of The Travelin McCourys and Col. Bruce Hampton. It was awesome! 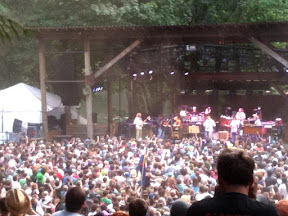 They are wrapping up the weekend tonight. I don't think anybody wants this festival to end though. Everybody is ready for another 3 days. At least we have our Hulaween tickets so it's not the last cheese of the year. 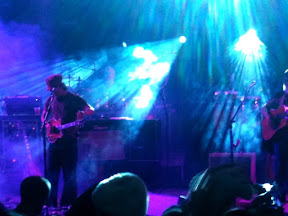 We got up close to the front tonight for some good iPhone and camera pictures. 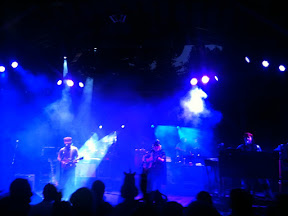 I had a lot of fun this weeked despite the security and staff mostly being in a bad mood. My problem was there were no sodas in the vending area besides homemade rootbeer. They would also not let us bring in cans of soda even though they don't have any except the sodas for mixed drinks which they will not sell.