Fixing a belt on the van

We had our first repair earlier this evening. We lost a belt on the way from New York City to Canandaigua, NY. We heard it making noise earlier while we were driving around the city. I tried to see where it was coming from but it decided to stop making noise when I went to look. So it was about 8:35 PM or so when Flowski noticed that we were overheating. We pulled into the gas station and tried to figure out what was wrong. He looked around and saw the broken belt hanging off the alternator an knew what to do. Luckily the local Pep boys were still open where we could get a new belt. 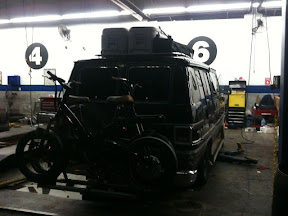 Somehow, Flowski convinced them to put the belt on for us. I don't know how he did it but he got them to put it in after they had already closed. 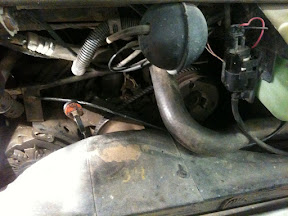