On our way down to Jacks folks house in Auburn, AL we visited Horseshoe Bend National Military Park. It was very interesting, as it is a monument remembering the last battle of the Creek War which occurred on March 27th, 1814. Over 800 Red Creek Native Americans died in the battle. As a result, the following August the Creek Indians signed a treaty giving the US what we now call Alabama and Georgia, 23,000,000 acres. 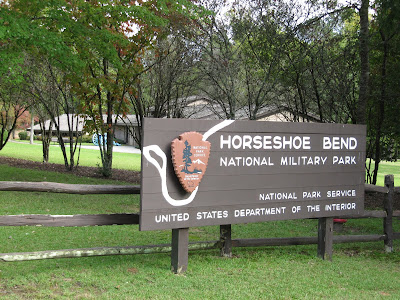 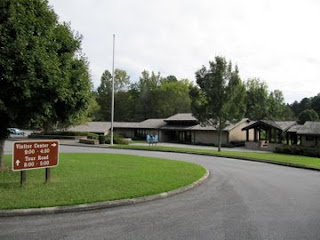 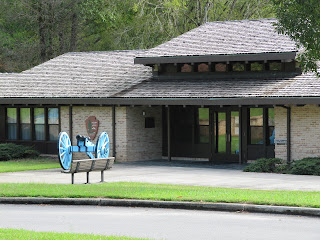 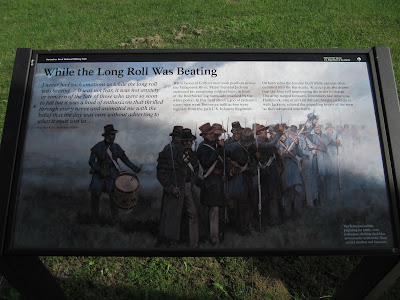 On both sides the tension was building then cannon fire slammed into the barricade built by the Red Stick Warriors to protect the Village. At 12:30 pm the drums beat announcing the order to charge. An Army of two thousand men battled 1000 Native Americans defending the homeland but the overwhelming firepower and size of Jacksons army was too much for the Red Stick holdouts and the battle was won by dark. 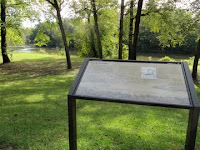 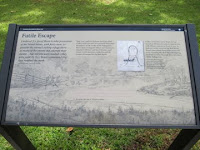 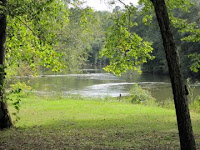 On the morning of the Battle Maj. Gen Andrew Jackson's Indian allies surrounded the lower portion of Horseshoe Bend. 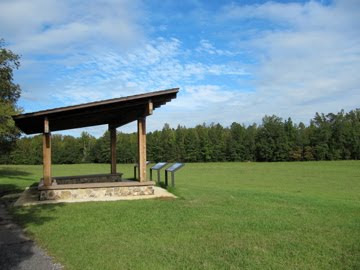 An exhibit overlooking the battlefield at Horseshoe Bend 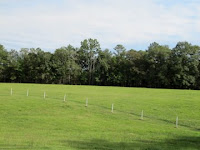 The white posts represent the location of the wall that was built by the Red Stick Native Americans to defend the Indian village. 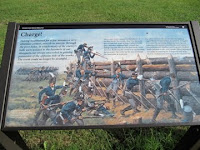 The Red Stick's were a militant branch of the Creek Indian Society and constructed a 400 yard long barricade of pine logs and dirt across the bend of the Tallapoosa River around their village. General Jackson's army attacked the village one afternoon in 1814 and the rest is history. 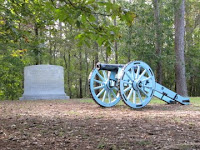 Hearing distant cannon fire the Cherokee and Lower Creek Warriors swam across the river, stole the Red Stick canoes and took them back to the other side. 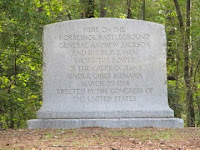 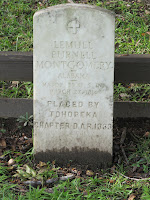 Unfortunately Jacksons army suffered from 154 wounded men and 49 were killed. Sadly, more than 800 Red Stick Indian Warriors were slaughtered in the battle. 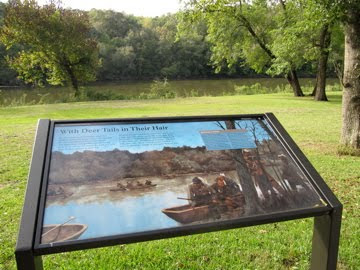 Hundreds of Indians that sided with the US decorated themselves with with white deer tails to distinguish themselves, then canoed across a few at a time to attack the Indian village of Tohopeka. 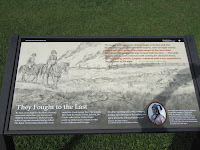